Project managing the delivery of a new, extended rail bridge to accommodate the dualling of an arterial road in south Worcestershire. 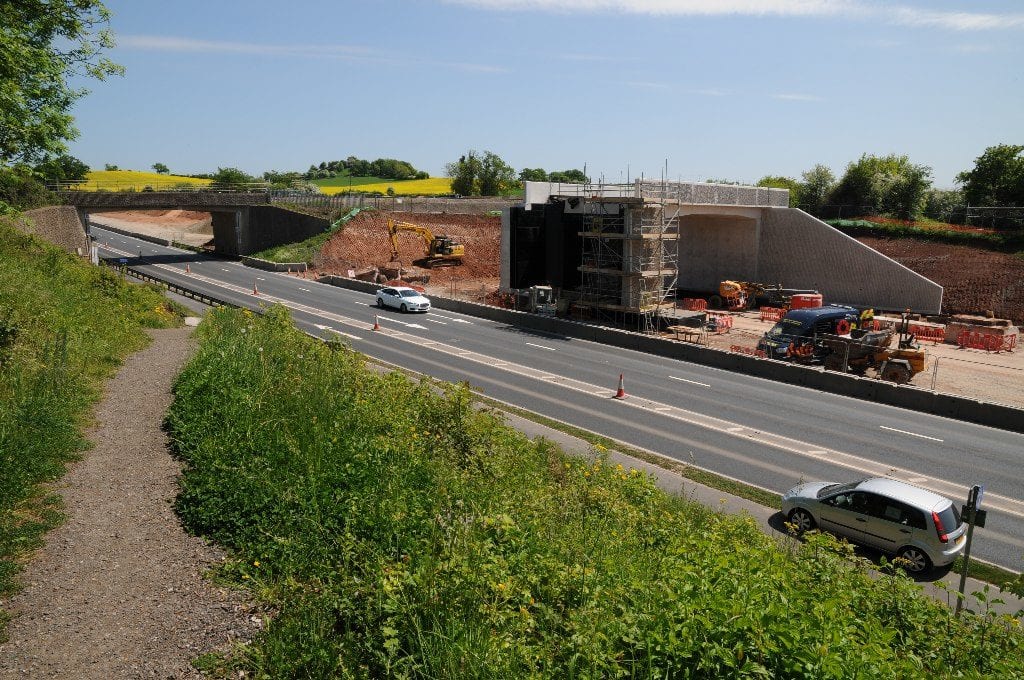 To accommodate a wider road, it was necessary to extend the rail bridge which carries Great Western services into the city and on to Hereford. The Council recognised the challenges involved in third party works on the railways and asked SLC Rail to project manage the bridge extension.

Under a framework as Rail Advisors to Worcestershire County Council, SLC Rail project managed the work from detailed design through to completion of the scheme.

In particular, specialists from SLC Rail negotiated the underbridge agreement with Network Rail Asset Protection and facilitated the design approval, reviewing and providing feedback to the designers before final submission.

Project managers from SLC Rail together with the contractors and Network Rail’s Asset Protection team completed extensive pre-planning, to risk-assess sufficiency of time, manpower and machinery and to coordinate the works to ensure completion within the designated blockade possession time.

To reduce costs to the Council and to maximise programme opportunities, works at the new Worcestershire Parkway station were coordinated to take advantage of the same blockade of the line.

The new span was constructed on site, adjacent to the existing rail bridge and to the side of the road. During a week long road closure and possession of the railway line over the May Bank Holiday, tracks were removed and earthworks dug back to allow the new span to be driven into position on SPMTs (self-propelled modular transporters).

The thorough pre-planning and execution resulted in the new bridge being completed to enable the Southern Link Road to be reopened to traffic 36 hours ahead of schedule and the railway possession to be handed back to Network Rail at the designated time.

Following the extension of the railway bridge, further highways work was completed to finish the dualling of this section of the Southern Link Road.

This is reducing traffic congestion on the southern side of the city and between the motorway and other arterial roads.