One of 20 major awards presented in front of a packed room of some 700 industry professionals, it was given in recognition of the successful extension of the Battenhall Railway Bridge as part of the A4440 Worcester Southern Link Road dualling scheme.

Central to this was the innovative approach and meticulous project management required to extend the Battenhall Railway Bridge in the strategic upgrade of one of Worcestershire’s busiest roads. With very limited space and residential areas close by, new techniques were needed to support the existing bridge while excavating around it and adjoining a new, independent structure.

The bid was nominated in the Infrastructure Project Excellence Award category at last night’s ceremony, which was hosted by broadcaster Jeremy Vine at the Hilton Hotel, Park Lane in London. 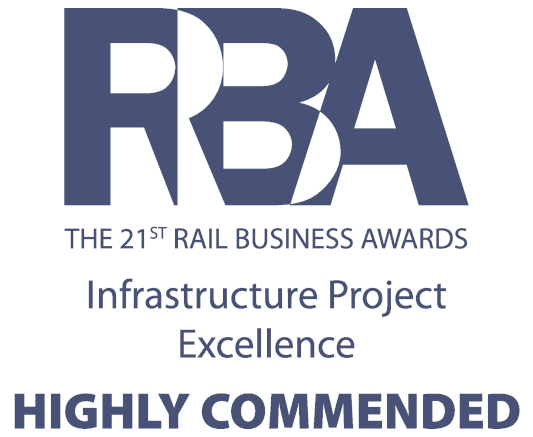 In one of the most substantial possessions of the North Cotswold Line, an innovative new approach was used to extend an existing rail bridge, to accommodate a strategic upgrade of part of Worcestershire’s road network.

With sophisticated geotechnical modelling and meticulous planning, the project team developed a way of securing the existing bridge while supporting ground was removed and a newly built bridge span moved into position.

The particular requirements for the join between old and new bridges placed tremendous time pressure on the possession, but with advance trials and detailed, hour-by-hour planning, the work was completed on programme, the railway was handed back on time and this critical stretch of road was reopened to traffic ahead of schedule. 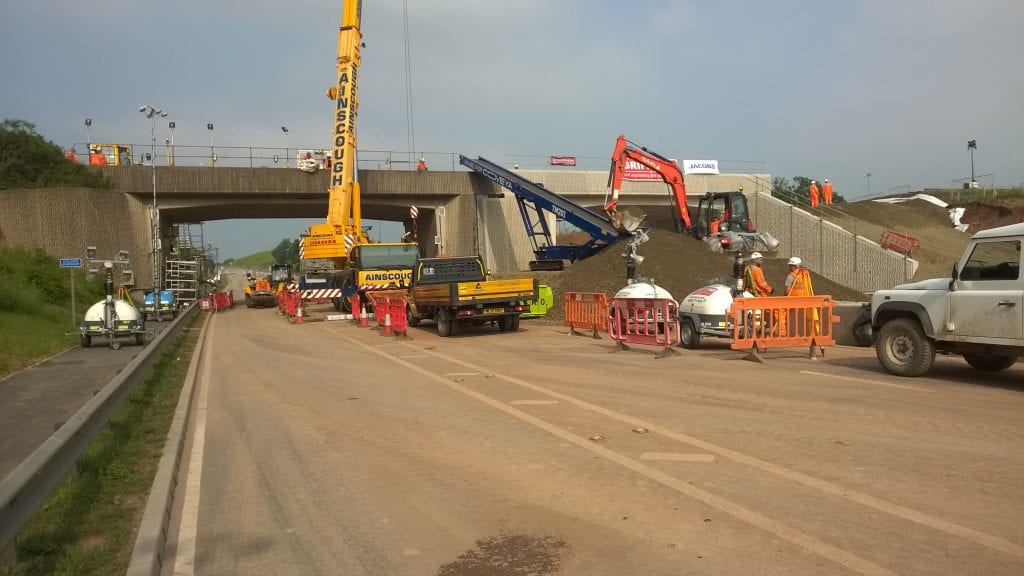 “This award is a real testimony to the members of the project team who worked around the clock before, during and after the bridge extension being moved into place to ensure that all aspects of the extension project were carried out successfully, and ultimately saw the road reopened ahead of schedule.”

A team of 180 engineers worked around the clock in 8 hour shifts to ensure the this major feat of civil engineering was carried out successfully, and the hard work and dedication of the project team saw the railway reopened on time and the road re-open a day and a half ahead of schedule.

Read more and see a timelapse video of the project here.