Warwickshire County Council’s plans for a new £11.3m station in Kenilworth were given final approval on 12 December 2013; a culmination of almost a year’s work of the SLC Rail and WCC project teams.

The team at SLC Rail prepared the successful bid and have been working with Warwickshire County Council on the plans since February 2013.

Cllr Peter Butlin, Transport & Planning Portfolio Holder, Warwickshire County Council said “The rail knowledge and expertise of the SLC team was critical to the success of the bid to the New Stations Fund for Kenilworth Station and I look forward to the opening of the new station as our in-house team and SLC Rail continue to work closely together to progress the project to completion.”

The station will improve the rail connectivity across the West Midlands with local services running between Coventry, Kenilworth and Leamington Spa.

Ian Walters, Director of SLC Rail said “It is great to be working once again with the Warwickshire County Council on this locally important project as it moves from the development to the delivery phase”

You can read more about the project in our projects section here. 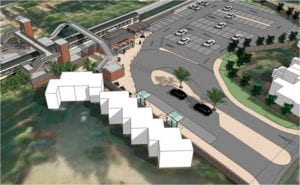