From 12th July 2016 the people of Bromsgrove, Worcestershire have a new, relocated station to support the rapidly growing number of passengers in the locality. It provides greatly improved access, substantially more parking and extended platforms that will enable more services to call at the station.

When a new station was first proposed, Worcestershire County Council and Centro (now part of the West Midlands Combined Authority) recognised the economic benefits and favoured the plan, but were unable to generate the capital needed to build the station. They asked specialist rail partners, SLC Rail, to review the business case and investigate other funding options.

Ian Walters, Managing Director at SLC Rail, extensively experienced in rail finance, observed, “Even using the most conservative estimates, we saw that the increase in passengers from the proposed new station would generate far greater fare income for the train operators than the cost of delivering the project.”

From this starting point the team at SLC Rail constructed a commercial mechanism seeing the two authorities borrow capital at preferential rates, with the train operators providing the majority of money to repay the loan over a 25 year period, funded from the increase in ticket sales.

“For this to work, we had to make sure that the commercial model would deliver a significant revenue upside for the train operator as well as benefits for rail passengers in north Worcestershire.”

However with the timescales involved and a new train operating franchise succeeding London Midland from 2017, it was essential that any new franchise operator be bound by the same conditions. This meant persuading the Department for Transport of the benefits of the project so that both funding commitments and the level of train services needed to support them be written into the franchise agreement.

The team from SLC Rail successfully led negotiations so that:

The basic commercial structure was agreed in 2014 and Worcestershire County Council and Centro appointed Network Rail to manage and deliver the project. In early 2016 the agreements around station operations were finalised and in July 2016 it opened to the public.

Andy Maginnis, Programme and Commissioning Manager at Worcestershire County Council commented, “SLC Rail brought in-depth knowledge of the rail industry and how it works, which enabled them to devise this innovative funding and commercial model. But more importantly they had the credibility to talk directly to the key industry people in government and industry, to inspire confidence in the scheme. Without a doubt, this new station would not have been possible without SLC Rail.” 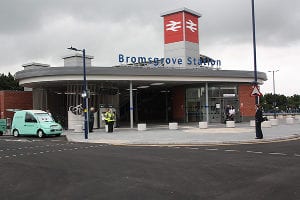 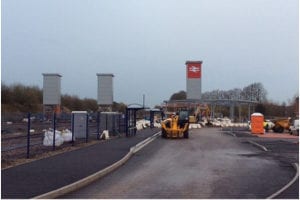 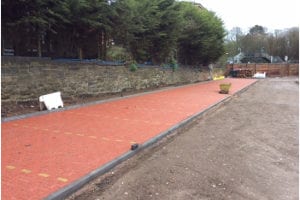