It is with deep sadness to learn of the passing of our Chairman, Adrian Shooter, on 13 December 2022.

Adrian was appointed SLC Rail’s Chairman in 2015 and consistently challenged received wisdom and the conventional way of doing things.

An honour and a privilege

Ian Walters, Managing Director of SLC Rail said:  “I am deeply saddened by the passing of this great man.  I met Adrian on my first day working in the rail industry in November 1991, and I feel lucky and honoured to have had his mentorship and friendship since then.

“As Chairman of SLC Rail, we have benefited from Adrian’s leadership, wisdom and experience – and focus on what worked for passengers – as we’ve grown as a business. It has been a privilege to have him as part of the SLC team for so many years.  It is no exaggeration that his involvement and advocacy has been fundamental to our success and our work will continue his unrivalled legacy.  Our thoughts and condolences are with his family during this extremely sad time.”

Adrian began his career with British Rail in 1970 and worked at and led maintenance depots, managed London St Pancras station and held various senior positions within the industry.

He was Managing Director and Chairman of Chiltern Railways, and the visionary and determined driving force in its doubling of passenger numbers through innovation and investment in the ambitious development of train services and infrastructure. He chaired London Overground, Tyne & Wear Metro, DB Regio UK (Deutsch Bahn), Laing Rail, the West Midlands CBI Council and has been involved in many other groups.  After retiring from Chiltern Railways, Adrian set up Vivarail in 2012 leading the world in developing technology for environmentally sustainable battery powered trains. 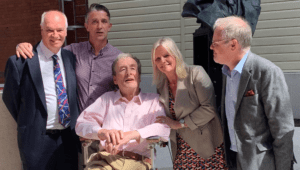 In August – to recognise his outstanding contribution to the railway – a nine-foot bronze statue was unveiled at London Marylebone, along with the naming of his favourite train (DMU 168 001) ‘Adrian Shooter CBE’.  Adrian held a CBE for his contribution to the railway and was a fellow of the Royal Academy of Engineering, the Institution of Mechanical Engineers and of the Chartered Institute of Transport. 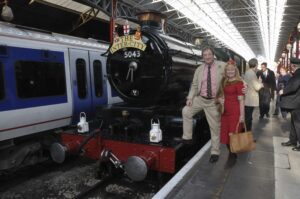 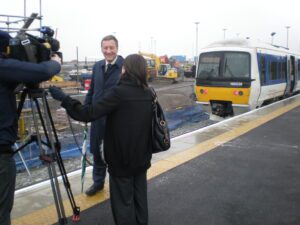