Today, Wednesday, 7 December, a new crossing over the West Coast Main Line was officially opened by Councillor Ted Richards OBE, Cabinet Portfolio Holder Transport and Highways at Solihull Council. This marked the successful completion of an 18-month project to replace a narrow Victorian road bridge with a wider, safer road crossing with separate lanes for vehicles, cycles and pedestrians.

The crossing is in an economically strategic location, carrying the westbound lane of the A45 between Birmingham Airport, the National Exhibition Centre and the M42 motorway, on the south-eastern edge of Birmingham. It provides access to many local employers including Jaguar Land Rover.

The project was commissioned by Solihull Council to address mounting concerns over traffic congestion in this particular part of the road network and as a solution to increasing maintenance costs and concerns about weak parapets on the old Victorian bridge.

It was project managed by SLC Rail and the principal contractor was Carillion. The project cost £12M with funding from Department for Transport, Transport for West Midlands and Birmingham Airport.

The project was delivered on time, on budget and to the full satisfaction of the council. All three lanes of traffic remained open throughout and the council reported an exceptionally high degree of public understanding during the works.

Councillor Ted Richards OBE, Cabinet Portfolio Holder Transport and Highways at Solihull Council said, “The importance of this project for the regional and strategic highway network really cannot be underestimated. The replacement of the A45 South Bridge removes a significant pinch point on one of the busiest roads in our Borough and will ensure continuous accessibility to one of the UK’s most economically important locations.

“I would like to thank Carillion, SLC Rail and Solihull Council Officers for their exceptional project management of this scheme. Overcoming significant risks, this major project was delivered on time and without significant disruption to the high volume of road and rail users who pass through this area.

“In particular, I would like to highlight the successful demolition of the existing bridge within a tight 54-hour rail possession at Christmas 2015. The railway was returned to full use on time which required months of advance planning including assessing and mitigating the many associated risks.”

“Ian Walters, Managing Director of SLC Rail added, “I would like to thank the Transport and Highways team at Solihull Council for entrusting this project to SLC Rail. There were some significant technical challenges around the rail aspects of this project but thanks to a real commitment to teamwork and diligent detailed planning, it was a great success.”

The project has been announced as a finalist for Outstanding Projects in the UK Rail Industry Awards. The winner will be announced at the awards ceremony in London in February 2017.

For more information please see our A45 South Overbridge replacement project profile or contact us. 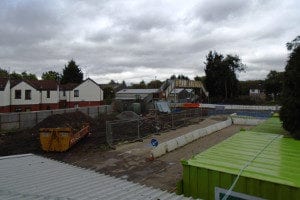 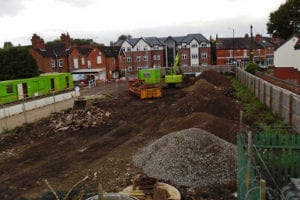 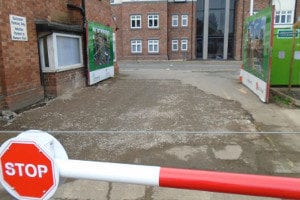